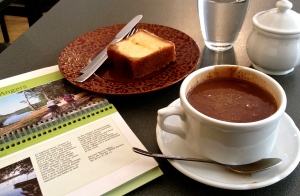 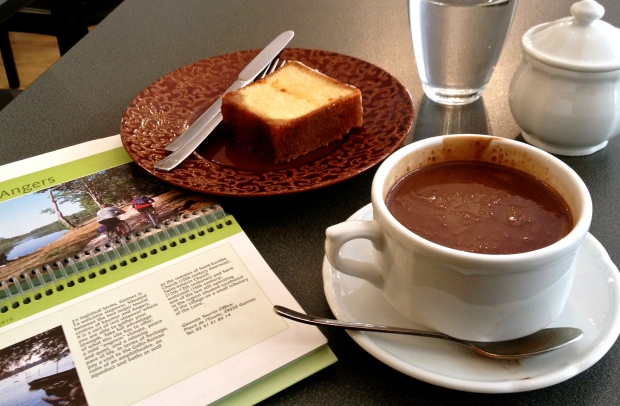 As a child growing up in a Catholic family, I often chose to give up chocolate for Lent. Looking back it wasn’t a huge sacrifice because, one, I came from a very modest background and chocolate was already a rare treat, and two, the only chocolate we ever had either came in the form of a large block HERSHEY’S bar or Nesquik, the chocolate flavored drink mix which promised to “make milk fun” and enhance your muscle mass.

I imagine that for a child growing up in this Catholic land of artisan chocolatiers, with so many cold and dreary days leading up to Easter, the thought of snuggling up with a warm cup of herbal tea for 40 days rather than a lavish, velvety mug of hot chocolate must be daunting.

The origins of this dreamy, creamy drink are exotic for sure. 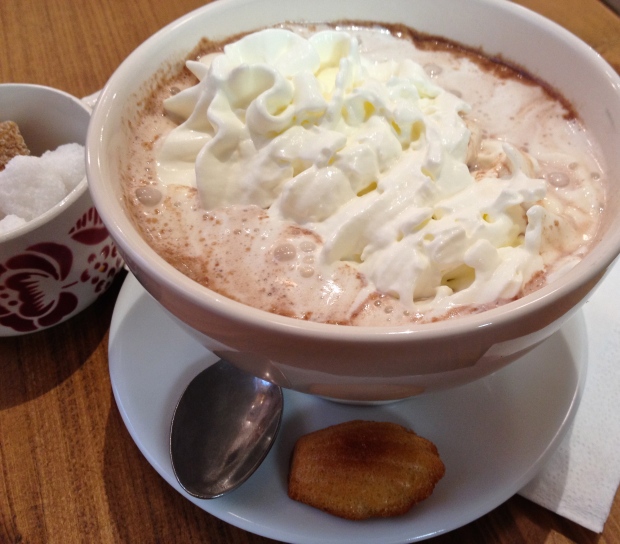 Montezuma’s Aztecs were the first to brew this delectable drink, which they called Xocolatl. Sipped singularly by the ancient elite, life was grand in Aztec-land. That is until Hernan Cortez dropped by in 1517 and was mistakenly offered a nip of their elixir. Impressed and obsessed with the luxury beverage, he conquered their entire kingdom.

Recipe in hand and cocoa beans in the bag, Cortez returned to Spain and brewed up a batch for Charles V. Initially the Spanish royals were less than thrilled with the dark, bitter liquid, but with the addition of sugar, cinnamon, and vanilla beans, they soon were smitten. 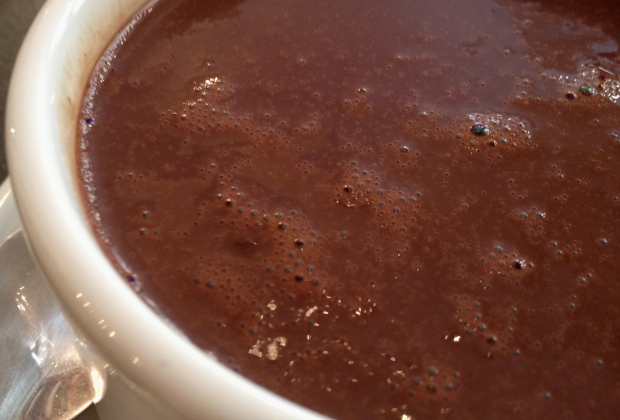 Nowadays, hot chocolate is obviously accessible to the masses, but that doesn’t mean the French have to suffer through mass-produced hot chocolate. Like so many things in France, chocolat chaud has been elevated to an artisan level.

Enjoy this visual sample of the best cups I’ve savored over the last 4 weeks. 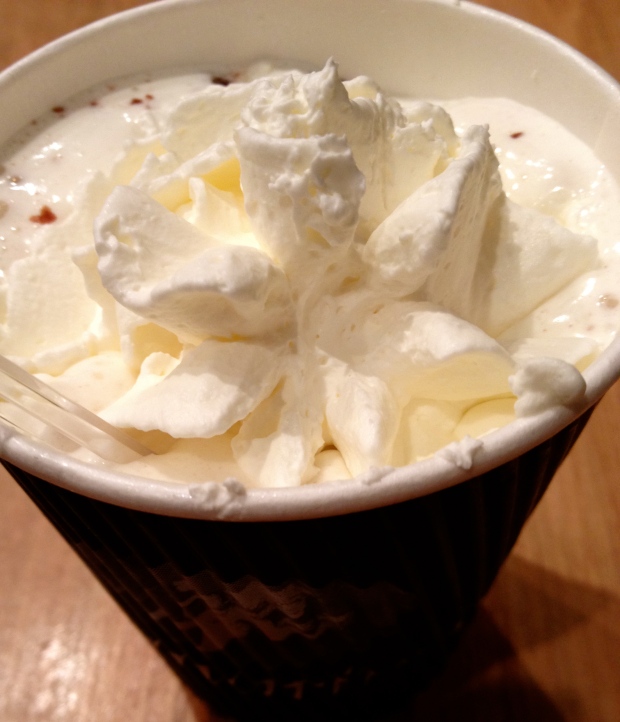 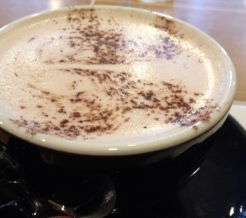 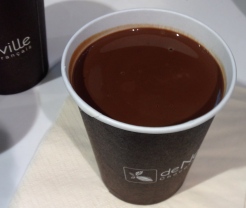 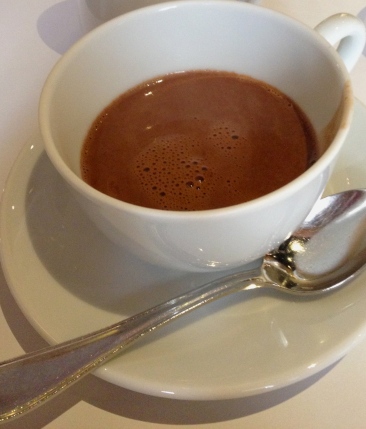 Please check back next week for my carnet d’adresses. 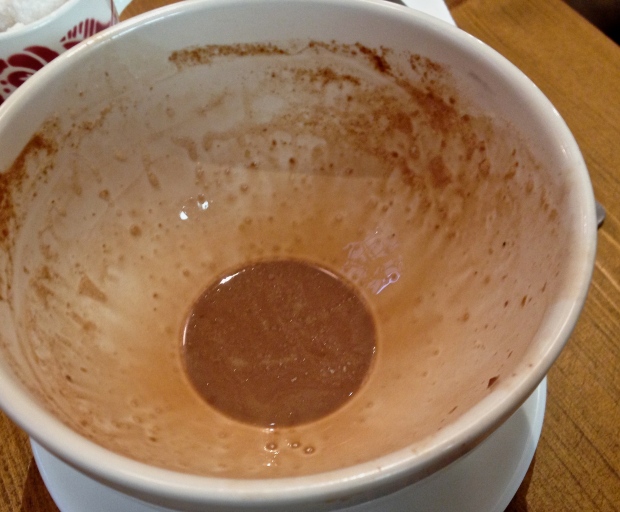