In Catholic France, Chandeleur marks the purification of Mary and the presentation of the baby Jesus to the Roman temple 40 days after his birth. It is known as the day of hope and light, and in the church is celebrated with heaps of candles and a procession.

So, where do the crêpes come in?

Savoury crêpes are actually called galettes (and are made with buckwheat) this is a galette de blé noir au saumon fumé that we enjoyed today to celebrate the day.

Well apparently this candle lighting and procession marching has been going on for a very, very long time in the Christian world. At some point early on, the ruling Pope wanted to reward and fortify the pilgrims who came all the way to Rome to celebrate the festa candelarum, so he offered up crêpes to his flock. 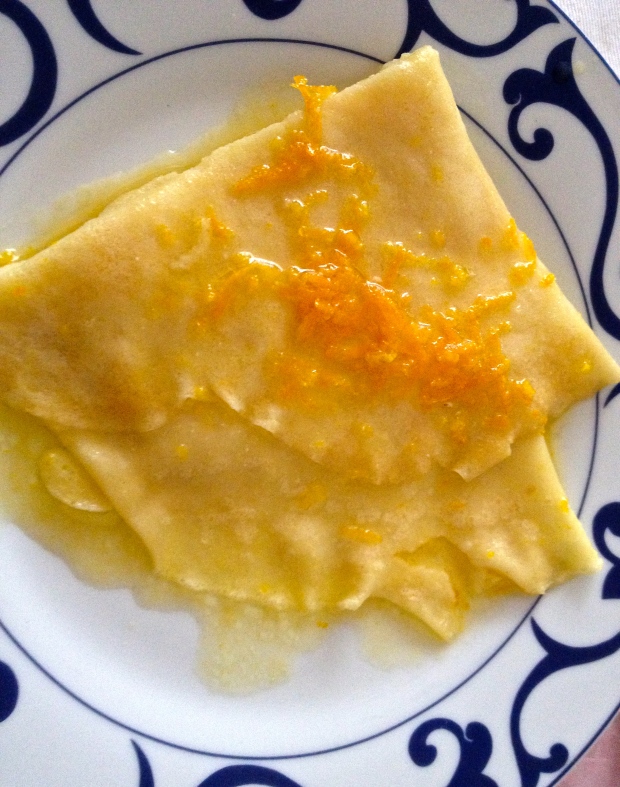 This tradition stuck, and now each year, the French eat crêpes on February 2, forty days after Christmas. Games are played with flipping crêpes with one hand while holding a coin in the other, to predict your family’s prosperity…expert one-hand flippers with strong wrists required, please…

…and it is also the day to predict whether or not winter is ending, or if 40 more days of chilly weather are in the future.

Here are a couple of French proverbs that sum things up:

Candlemas covered (in snow), forty days are lost (to winter).

Dew on Candlemas, winter is in its final hour.

Now, I couldn’t find any proverbs about brilliant sunshine and blue, blue skies, but this is what it looked like in Paris today:

So, I’m thinking that winter is in its final hours à Paris.

Sorry Punxsutawney, but I’ll take the crêpes and the sunshine, while you retreat back into your burrow and wait for the freeze to end.