For a Colorado girl accustom to always having to ride the hills, the Loire à Vélo is a gem of a bike trail. The 800km path spans two regions of France, the Centre and the Pays de la Loire, and connects six cities: Orléans, Blois, Tours, Saumur, Angers, Nantes. There are no hills, en fait, recreational and professional riders are faced with nothing more than minor “bumps” as they make their way to or from the Bay of Biscay. Hands down, it is one of the most enjoyable vélo paths in France. La Loire à Vélo was an enormous public works undertaking that took the better part of two decades and cost a whopping €52 million to develop and signpost. A favorite among the French and tourists alike, over 800,000 cyclists follow some part of the trail each year. Happily our family is a lucky addition to that statistic. 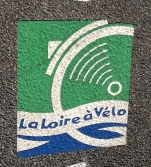 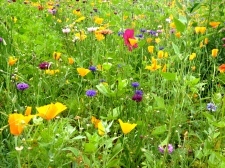 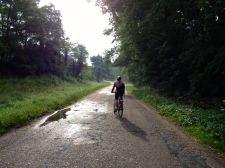 There is really no excuse not to give it a go, as the usually friendly (when not striking) folks at SNCF make it an extremely easy bicycle holiday by allowing you to take your bike with you on their Interloire-trains. Between Orléans and the bay there are over 20 train stations with quick access to the trail, which makes it very easy to cycle as far as you want and then hop the train back to where you started.

We have biked the Loire as day trips from Paris and as long weekends. I plan to celebrate the BIG 50 by biking the whole 500 miles in 2015. Even if you are not as ambitious as me, or don’t have your own bike, it still makes a super fun and undemanding afternoon outing from any of the cities listed above, because the French have made it super easy. If you only want to go for an hour or two, you can rent a bike for a few euros in most cities from their vélib or bike share programs. So even if you spend the morning visiting museums and lunching on the local cuisine, you can still hop on a bike (ladies, go ahead and bike in your dresses—the French are not the “gearheads” that Americans are), and enjoy some of the most beautiful landscapes in France…mais, bien sûr don’t forget your (chic) bicycle helmets.