One of the great things about living in a big city like Paris is the easy access to diverse cultures and heritage. Yesterday I had the pleasure of wondering through the Marais, the city’s most famous and lively Jewish neighborhood, with my lovely friend Emily. The Marais, known as the Pletzl, or “little Place” in Yiddish, has been home to Jews on and off since the thirteenth century. Today although many trendy and expensive fashion boutiques have moved into the quarter, it is still heavily Jewish and has maintained many of the original Jewish establishments from the nineteenth century and earlier. 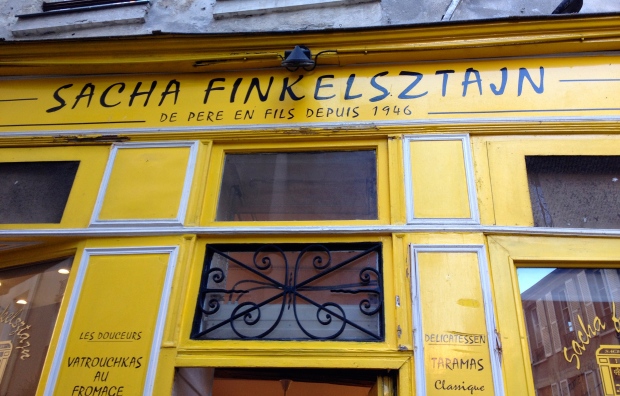 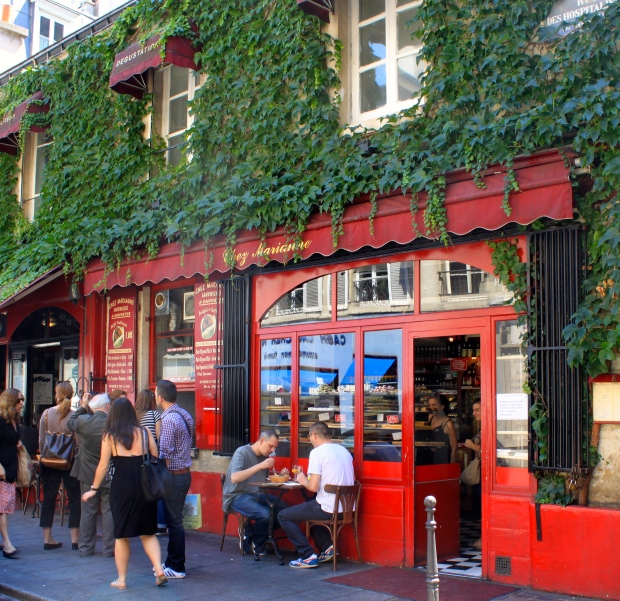 Yesterday was Purim, the jubilant celebration of the deliverance of the Jews from the nefarious Haman by Queen Esther and Mordecai. There is a lot more to Purim than meets the eye, but it was fun to get caught up in the carnival-like atmosphere of the day. Sometime (incorrectly) referred to by non-Jews as the “Jewish Mardi Gras”, children and adults were decked out in disguises, scholars were reciting the Megillah (Scroll of Esther) in the streets, synagogues and prayer rooms, visitors and residents were exchanging gifts of special holiday delicacies, and money was happily shared with those less fortunate. It was a special treat to experience and learn more about Purim with Emily and participate in her holiday.

Although Superman is Jewish by identity, I was raised in a liberal Catholic church, and it sometimes falls to la maman to carry-on the traditions of both religions in our household. So I was very grateful to talk with the enthusiastic young orthodox Jews about the meaning of their celebration and their faith and to learn about some of their rituals and, of course, their festival foods, particularly the hamantaschen.

I absolutely adore these one-off experiences in Paris. It is such a blessing to, so to speak, have the world at my doorstep, and just one more thing to love about my France.

Hamantaschen: a triangular, filled pastry served on Purim. The word hamantaschen is derived from two German words: mohn (poppy seed) and taschen (pockets). Mohntaschen is German for “poppy seed pockets”, a popular German pastry. Hamantaschen means “Haman’s pockets”, as in the evil Haman. There are several explanations as to why the Hamantaschen are three-cornered pastry: