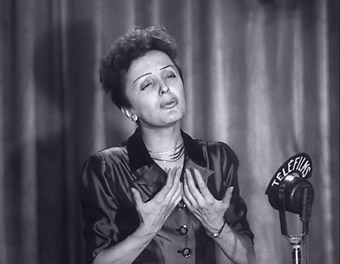 Today is the 50th anniversary of the death of the celebrated cabaret singer Edith Piaf.

Over the last nine months, there have been numerous Piaf tributes both in France and around the world. I have been a little bit surprised by this because while I (as an expat and Francophile) see her as a national treasure, I guess I suspected that the French saw her only as one BIG French cliché.

Think of France, and especially Paris, and what comes to your mind? Outdoor cafés, baguettes, buttery croissants, men is blue and white striped shirts, women in floral dresses riding bicycles, cigarettes, berets, strolling along the Seine, wine, cheese, shared kisses by the Eiffel Tower… and all with the music of Edith playing in the background. For some reason I thought the French had outgrown her, even moved on, and maybe preferred to be associated with what’s good and modern in France today.

I was quite mistaken. This morning the anniversary of her death was a lead story on all the major news channels. Each story was a touching tribute to a post-war icon, “a symbol of French passion and tenacity.” 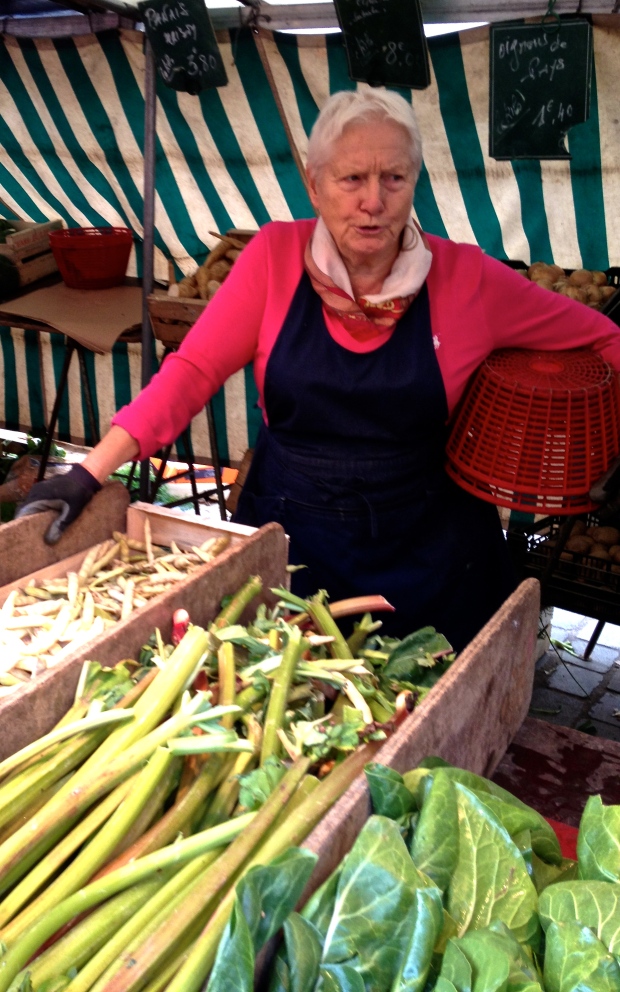 Then while shopping at the marché a few hours later, my favorite vendeuse, and purveyor of the best and most beautiful produce, was cheerily helping her customers while exuberantly singing La vie en rose…

…it was so lovely and so charming and exactly why I love living in France.

Listen along to hear Edith singing it herself in 1954.