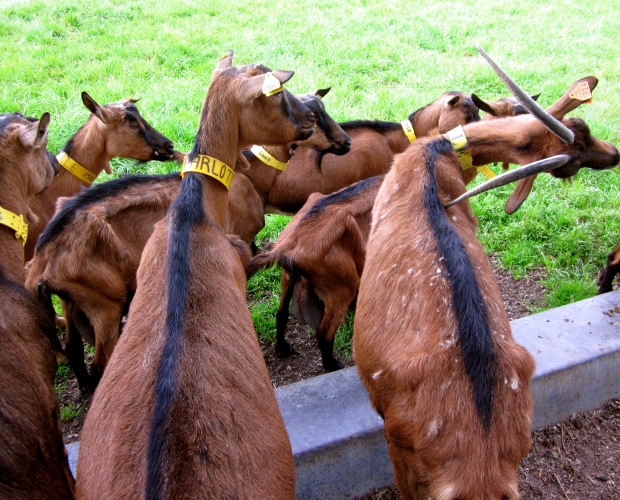 As we travel through southern France and the Alps, we have seen a fair bit of domesticated wildlife. This got us thinking about what animals say in French. You know, those lovely onomatopoeias that phonetically replicate the sounds that animals make? Animal sounds are different in most languages, and some of them are adorable en français.

A frog in American English croaks, Ribbit! Ribbit! but the hoppy amphibian in French belts roughly, Côa! Côa! American horses have been heard to say, Neigh! while French horses laugh, Hihihi! In Paris satisfied French chats hum, Ron-Ron! but their Manhattan amis naturally prrrrrrr, and then prrrrrr some more.

In the countryside in the States, we wake up to a screeching, Cock-a-doodle-doo! mais in France nature’s alarm clock is slightly more pleasing, Cocorico! (Italy’s roosters top them both with their melodious, Chicchirichi!) In contrast their better halves, the hens, say, Cot-Cot-Cod! not Cluck! Cluck! Cluck! as the fluff-ball baby Yanks chirp, Cheep! and Peep!, the French bèbès warble, Piou! Piou!

Both the wild boars and the pigs in France grunt, Groin! Groin! (grwan grwan) whereas their piggy-tailed American chums, squeal, Oink! Oink! 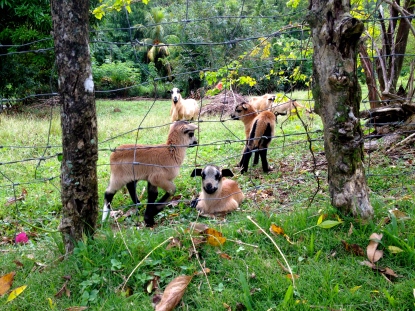 The donkey below our mountain chalet brays, Hiii-hearnn! or sometimes, Ihà Ihà, which does sound a lot like the familiar, Hee Haw! Hee Haw! The birds in the canopy call, Cui! Cui! (kwee-kwee) not, Tweet! Tweet! The canoodling French doves whisper softly, Rou! Rou! Rou! while their fine-feathered-friends respond, Coo! Coo! Coo!
French ducks on the lake quack, Coin! Coin! Coin! (kwan-kwan-kwan), as the wild turkeys in the bush gobble, Glou! Glou! Glou!

The cows on both side of the Atlantic can be heard lowing, Meuh! or Moo! And the sheep and goats sound alike bleating, Bêê! and Bah! and Naaah! and Naaah!

…but can you tell me please, what does the fox say?