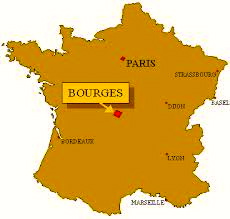 We are a couple of days back from faire(ing) le pont in Bourges.

This was one of those completely unexpected, point-to-a-place-on-the-map-where-we-can-afford-the-train-tickets type of getaway. It turned out to be an excellent choice.

Bourges lies almost exactly in the center of France, so now if/when I have to leave France, I can say, both that I left my heart in France, and that I have been to the heart of France.

Bourges is a classic French town housing one of the great Gothic cathedrals of Europe, Sainte-Etienne, a UNESCO world heritage site, known for its stunning stained-glass windows, some dating back as far as the 13th century, an amazingly accurate astronomical clock, and its arched-entrance, chiseled with eerie carvings illustrating a grim Judgment Day. 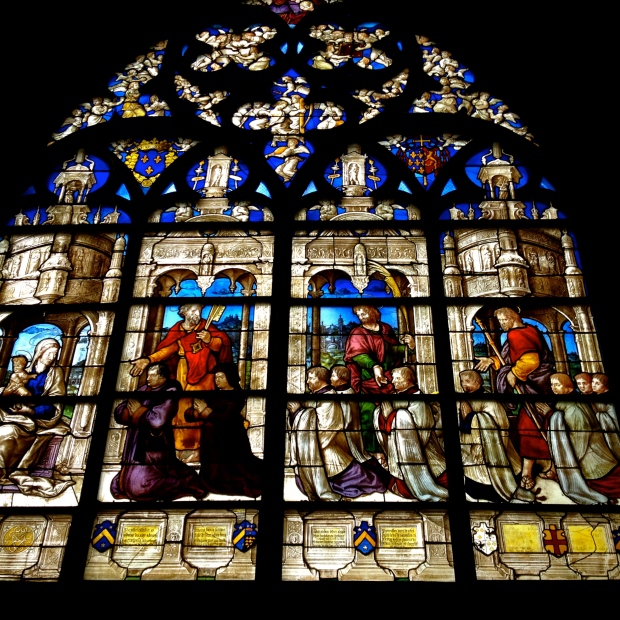 According to our bed and breakfast host, guests tend to use Bourges as an overnight stop when traveling north-to-south or vice versa. But I would say Bourges is worthy of a long weekend, to allow you the time to get to know the picturesque town surrounded by rivers, listen to the pealing church bells, soak up the rich history, and experience the relaxed and friendly locals. 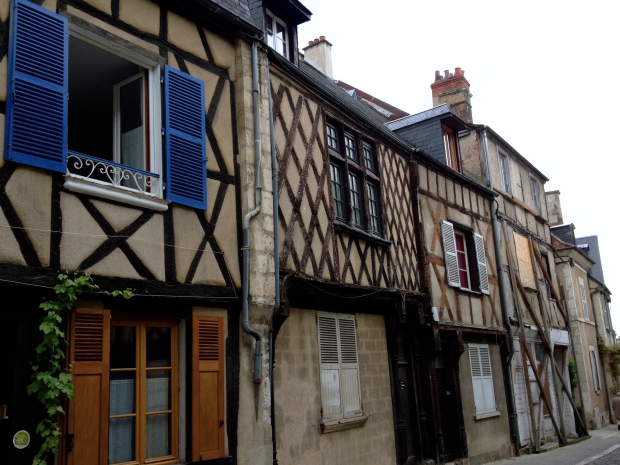 Southeast of Orléans, this hilly city, where Joan of Arc wintered before she was burned at the stake, rises up at the intersection of the Yèvre and Auron rivers in the Department of Cher and will charm the pants right off you with its half-timbered medieval houses, cobbled lanes, sculpted gardens and marshy marais—more on that tomorrow. 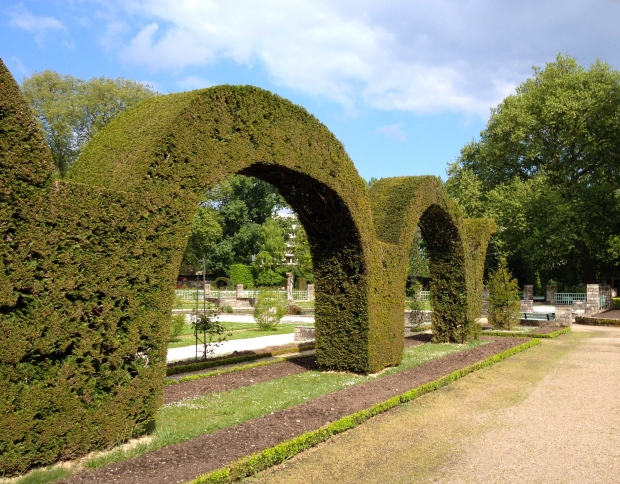 May is the perfect time to visit, as the town hosts Les Printemps de Bourges Contemporary Music Festival, (we were one weekend too late), and les Nuits Lumière (Illuminated Nights), an impressive light, sound and architectural show highlighting the city’s heritage (screened across the ancient buildings) on offer every Thursday, Friday and Saturday evenings, rain or moon-glow. 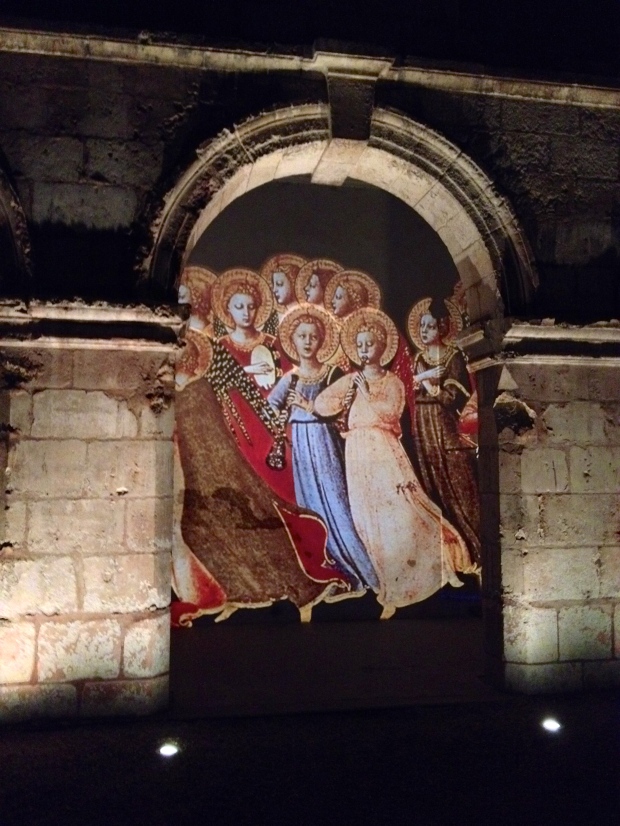 Summer may be an even better time to visit Bourges, as there were loads of signs heralding Été à Bourges and an impressive line-up of free, outdoor musical performances, of all shapes and sizes.

When all is said and done, Bourges is a super cool place to visit either on whim or as a planned stop on your itinerary. If you want to hear and feel what makes this complicated country tick, venture au coeur, to the heart of France.

au coeur: in the center, at the heart

faire le pont: to take a long weekend, literally to make the bridge