“Coffee is a way of stealing time that should by rights belong to your older self.”–Terry Pratchett, Thud!

I was not a coffee drinker until I moved to France.

That said, getting addicted to Java has absolutely nothing to do with the superior quality of coffee in France.  Au contraire, en fait, it is pretty widely accepted that French coffee is well below standard when compared to coffee in other countries. 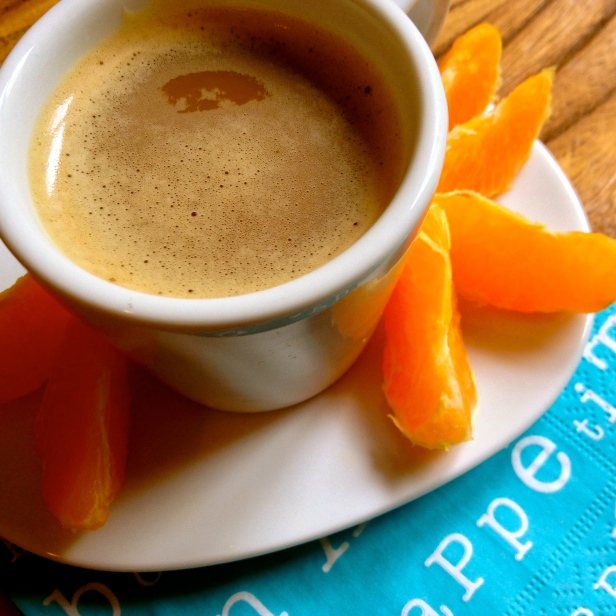 My newfound love of coffee does however have a lot to do with my Nespresso machine (which I have already waxed poetically about), the “break” part of the word “coffee break”, and the centuries old café/coffee culture of France.

The idea of taking a 20-30 minute break in the afternoon either chez toi or at your corner café is quite civilized, and something I never allowed myself to do in my multitasking life in America. I also love the French tradition of always having a small coffee to finish off your meal with or without one of the many delectable French desserts you may have on hand.

Au contraire: on the contrary

chez toi: at your house