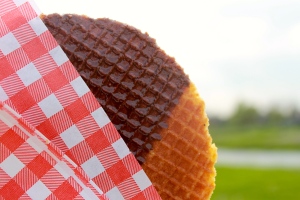 I’m going to be a bit cheeky again and add Amsterdam to the list of the things I love about France.

I know the Netherlands is not part of France. I know French isn’t the native tongue (although some residents speak French, along with two or three other languages), and I know I should be spending my last few months in France rather than dipping in and out of other countries. But with the high-speed train network crisscrossing France and the rest of Europe, it’s hard not to take advantage of extremely cheap rail tickets and take a peek at how the non-French live.

After four lively days in Amsterdam and the surrounding areas, I have to say, I’m pretty jazzed about the Dutch and how they run their capital city. First of all, they are so organized, efficient, and clean. Second, they all ride bikes all the time and everywhere. (In fact, there are more bikes in Amsterdam than residents.) 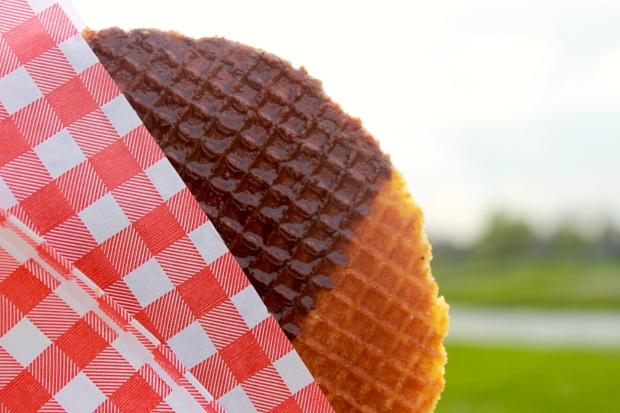 Third, they speak American English. Fourth, stroopwafels hot off the griddle oozing caramel and dipped in chocolate are to die for. Fourth, their canal system and ability to make land where there was only water is remarkable.

Fifth, friets, or “French” fries smothered in Dutch mayonnaise, just may make a heart attack worth having.

But the real reason to travel to Amsterdam in the springtime is the tulips…those flat and insanely brilliant fields of tulips, that seem to go on and on for miles, or kilometers, I suppose. Seeing and smelling these fields of colorful perennials has been on my bucket list since I was a shy 10-year-old girl dreaming about my future beyond the Wild West. I drew the Netherlands from a hat for my fourth grade term paper, “Countries of the World”, and since the moment I discovered the tulip fields in LIFE Magazine in 1974, I have been itching to go. 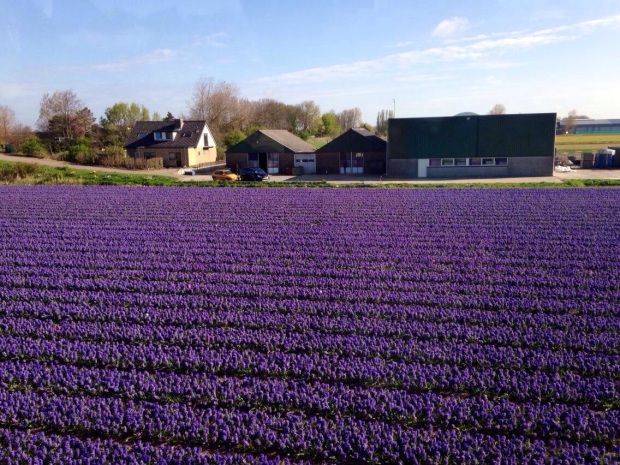 And now I’ve been, and seen, and smelled, and it was glorious. So I have another thing to love about France. Life in Paris gave me my jumping off point to realize one of my first childhood desires and see it first hand, just as I planned nearly 40 years ago.