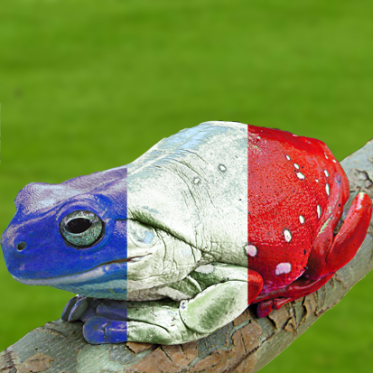 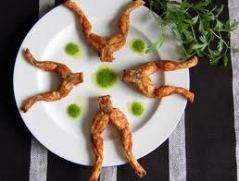 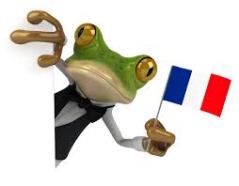 While in London this weekend, I asked around about why the Brits call the French “Frogs”. Most people assume the nickname comes from the Frenchies taste for frog legs. However, it turns out there are a whole bunch of different theories about where this term of endearment or offense (depending on your prospective) originated.

Here are a few of my favorites:

The Fleur-de-Lys: During the Middle Ages the French flew a blue flag with a gold fleur-de-lys on it. The English, unfamiliar with the fleur-de-lys, mistook the flower for a frog, and had a right old laugh about a country that would put a gold frog on their flag, and thus began sarcastically calling their nemesis “frogs”.

Elizabeth I & Her Term of Affection: Apparently England’s Queen Elizabeth I had a strong affinity for frogs and often used the word to refer to her closest friends and lovers. At some point one of her dangerous liaisons was with her top diplomat to France, and their juicy correspondence often began with “My dear frog…” Somehow word got out about this term of endearment, and the French became the frogs.

The Swamp: Before Napoleon and Haussmann came in to clean up Paris and transform it into the city we know today, the city was much less the city of light and much more the city of frogs (quite literally). Paris was swampy and therefore full of many little croakers. The now upscale Marais–which means swamp, was in fact a swamp, back in the day, and a very undesirable place to live. The monied-folk living outside of the city in places like Versailles began referring to those who lived in the swamp, as the “frogs”. Foreign ambassadors took a shine to the term, and voilà, the French became the frogs.

Culinary Observations in WWI: British soldiers observed their French comrades odd affection for eating frog legs while serving side-by-side in the trenches, and felt they had no other choice than to call their allies frogs.

Camouflaged Foes: During the next war, WWII, it is claimed that the French resistance fighters were so brilliant at hiding from the Germans, that the Germans began to grumble that trying to find them was like trying to find a frog in a murky pond.

So there you have it. Which do you prefer? Do you know any other stories that explain the amphibian nickname?

Next up: Why the French call the British “roast beefs”…