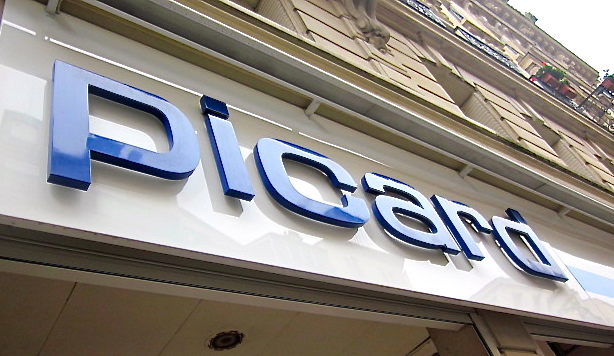 The farmers’ markets may be where the purist buys their ingredients, but the rest of us (Frenchies and expats alike) know the true secret of French cuisine, Picard.

When I first arrived in France with not a lick of French, I used to hesitate when I passed these ultra-white, antiseptic stores, glancing furtively, I’d wonder, “What the heck is going on in there? And who are those workers in the crisp white lab coats?” Hmmm…Picard Surgelés?

With my brilliant grasp on the French language, I decided that “surgelés” obviously had to have something to do with surgery; therefore, these must be stores exclusively for pharmaceutical and surgical supply reps. I imagined, freezer after freezer filled with lifesaving vaccinations and disease curing antibodies, but why were all the women filling huge shopping carts with medicine?

It turns out that Picard Surgelés is the French retailer specializing in frozen food started by M. Picard, a purveyor of ice blocks in the early 1900s in Fontainebleau. Now with over 800 stores in France (100 in Paris alone), and more than 1,000 rotating products, Picard is the sneaky solution to every French woman’s dinner party. While it may feel like cheating sometimes, I’m all for cutting out a few hours of slicing, dicing and sautéing, in exchange for some face time with my family and friends. Not only is Picard a huge time saver, it is also the surest way to assuage a maman’s guilt when she dares to leave the family for her annual girls’ weekend: “They have Picard,” she thinks, “Cassolettes aux noix de Saint-Jacques on Friday night.” (A slight step up from the Totino Pizzas, my folks would offer us on their date-night.)

So heartily have the French embraced Picard, I have yet to attend a dinner party where something from Picard is NOT being served. When pressed even the most traditional French hostess will admit to using les ingrédients congelésis in their delicate creations. Heck, I’ve even been to French cooking lessons, where the chef has clandestinely thrown in a handful of something popped fresh from Picard’s freezer. These sterile stores are a sight to behold, row after row of neatly arranged freezers, humming and glowing, what they lack in market romance and charm, they more than makes up for in convenience. When you spot that shining snowflake in the distance, you know dinner is saved.

Donc, bravo surgelés. When the French do it, they do it right!