No. 145-146: Monsieur Parmentier and One French Woman’s Secret

When the modest pomme de terre arrived in Europe via the Andes Mountains in the 1500s, much like corn in modern day France, they were used only to feed hogs. They were also thought to cause leprosy.

However, in 1772, Monsieur Parmentier, a chemist by training, seeing the benefits of nourishing the famished masses with this compact carbohydrate, came up with a peculiar plot to trick the French into eating this humble tuber.

His plan? To plant a field of potatoes in the outskirts of Paris. His trick? To have arm guards watch over the crops in the daylight, and leave them unprotected when the sun went down. Convinced that the crop in the mysterious field must be valuable, the curious Parisians began to steal the potatoes under the cover of darkness and realized they were pretty darn good for dinner (and lunch and breakfast, I assume). 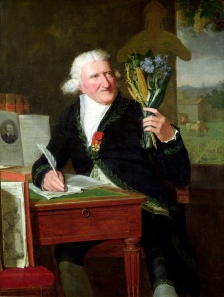 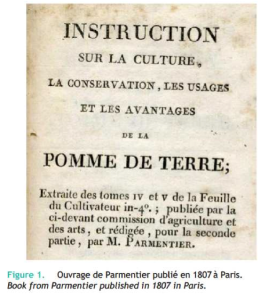 These days, I can’t imagine French cooking without potatoes. So many French dishes feature or are complimented by these earth apples, and parmentier, pronounced par-maan-tyé, is now used as an adjective to refer to mashed or boiled potatoes in some recipes.

I first became interested in Monsieur Parmentier when my friend Hélène served a delicious Parmentier de Confit de Canard at one of her winetasting. After several months of bugging her for the recipe, she invited a few of us over for a quick cooking lesson from a busy French woman’s kitchen.

This is when I discovered that French women are full of all sorts of secrets and shortcuts that make them seem super human in the kitchen when, in fact, they are mere mortals. In less than 2 hours we had prepared, cooked and eaten a perfect and delicious Parmentier de Confit de Canard accompanied by a fresh green salad and a lovely bottle of wine. 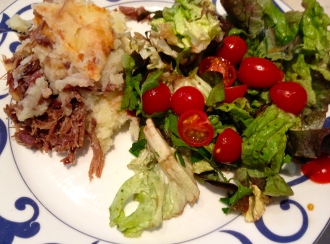 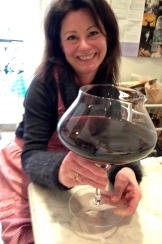 So what is the secret? A couple of hints:  you won’t find the answer at the butcher’s, but you will find it at your local super marché; no need to head to the milkman’s—no butter, milk or crème fraîche required.

Now keep this on the low down, but the answer comes in a tin. 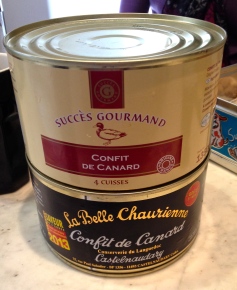 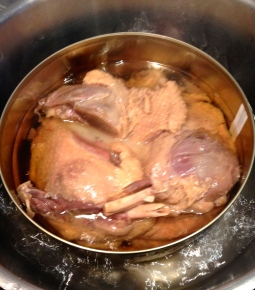 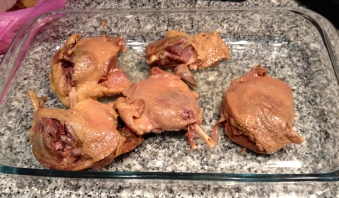 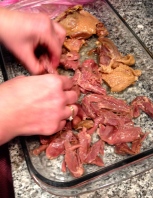 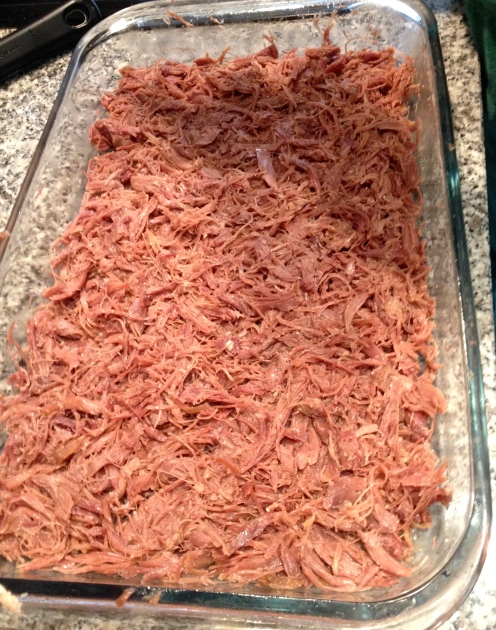 Only in France can you find a large can of duck legs perfectly preserved in their fat. Add one of Monsieur Parmentier jewels per person, and some garlic powder, and voilà! Parmentier de Confit de Canard Express.

Parmentier de Confit de Canard: a dish similar to shepherd’s pie, consisting of a layer of shredded roasted duck legs topped with a layer of mashed potatoes baked briefly at a high temperature to form a golden brown crust on top.